From a personal experience, Priscyla Betim developed the argument of The City of Abysses, a feature film with a timeless setting, which he signs alongside Renato Coelho. The film follows Glória, a trans woman, Bia, a young middle-class woman from São Paulo, and Kakule, an African immigrant who witness a murder on Christmas Eve. We had the opportunity to chat with them to learn more about the production.

The path from experimental shorts to feature films

Priscyla and Renato’s career as filmmakers starts from the idea of ​​making films with as few people as possible. As the director explained, “making films demands a lot of people involved in the team and what we wanted was to try something simpler and more spontaneous”. According to her, Renato “already researched the work of the filmmaker Jairo Ferreira and her work with Super 8 (1960s/70s camera)” and, similarly, in her master’s degree, she began to research the work of Jonas Mekas.

In principle even decided to make short films that embraced the experimental cinema. So they spent “a decade developing short films in analogue format, art films and experimental films”. In addition, Priscyla said, the process of creating and executing them did not require a script, however, when thinking about the feature, the script was necessary. She stated, “I was not inexperienced, but I had only written scripts during college, because documentary film gives you more freedom”.

Renato told us that “he got used to making films with few collaborators”. About the finance, he said that “most of the time it was without raising funds by public notice, with their own money and in an artisanal way”. That’s why he “thought he would never make a feature with a traditional narrative”. However, Priscyla’s previous contact with productions in this format facilitated the transition. 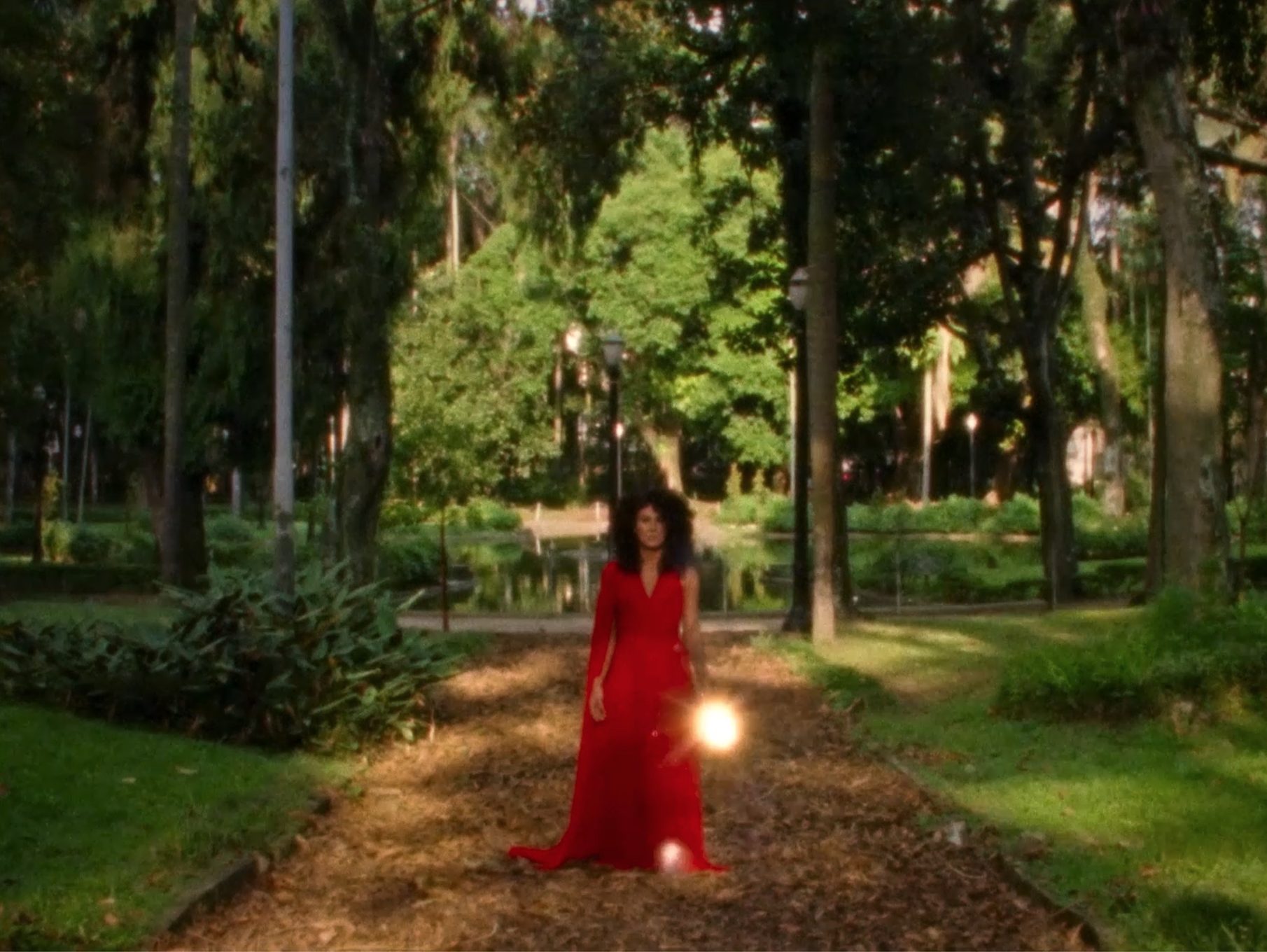 For Priscyla, “developing a script and narrative without abandoning the format that became characteristic of what we were doing a decade ago” was a challenge. Renato added, “doing something with an experimental and narrative feel” scared, but at the same time motivated the production.

The two also pointed out the challenge of working with a large team, because “even though the functions were defined, in practice everything was eventually done collaboratively. Shooting on film, with multiple actors, locations takes time, money and a lot of work”. However, everything went well and Priscyla told us that she was “very happy, because her team was like a gift”. Renata Jardim, producer of The City of Abysses, was appointed by the two as responsible for bridging the gap between them and the people on the team.

Seventies and eighties aesthetics: the memory of authorial cinema 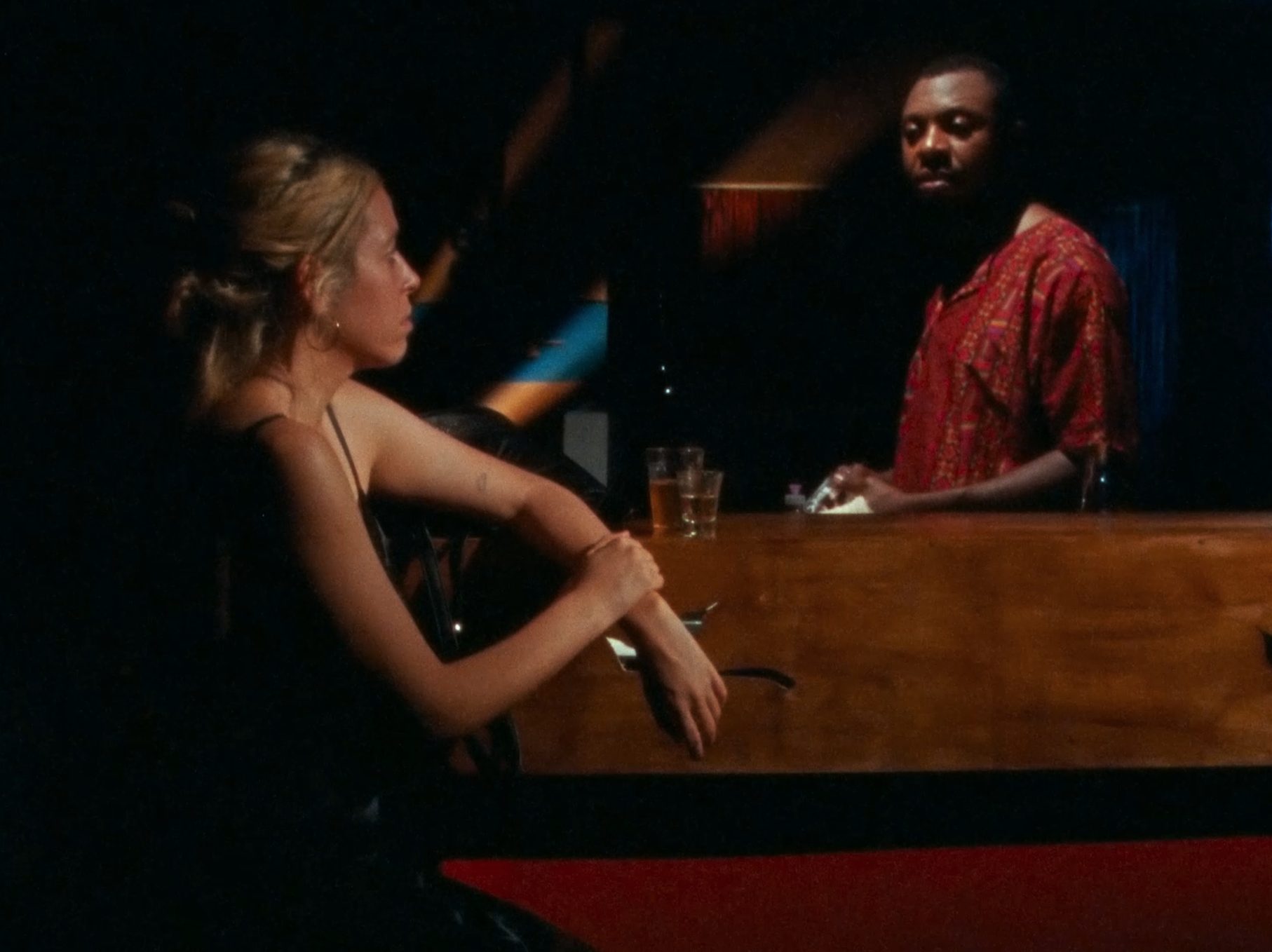 Asked about the similarity that the film has with national classics from the 1970s and 1980s, the pair told us about their aesthetic choices. “In the first feature there is a lot of wanting to put everything that we love and influence us”, said Priscyla. Then she quoted Luiz Rosenberg Filho, the director to whom the film was dedicated and completed, “there are choices that were conscious and others that were not”. Namely, the author says that she acted as a director, but also as a cinephile who wanted to honor those she admires.

There is in the film “a reference to Brazilian cinema from the 1970s/80s”, they said, but also to other multi-artists such as the poet Roberto Piva, singer-songwriter Arrigo Barnabas and the filmmaker Andrea Tonacci, who lent them a camera to shoot two sequels. “The same camera the director used in Bang, Bang (1971), giving materiality to this feeling”. ‘

Throughout the film we are taken by various musical manifestations, whether through chants or poetry recited. The protagonist of the film, Glória, is played by Veronica Valentine band lead singer Veronica Decide Morrer and is on the scene alongside Arrigo.

According to Renato, the proposal was to “dialogue with different cinematographic genres, in a more inventive way, to break with expectations”. Priscyla concluded by stating that such an expectation, “of just one genre, is diluted in a film that is half police, half strange musical with experimental elements.

We are certainly curious about Barnabé’s participation and the directors tell us that “he was initially invited to do the soundtrack, alongside Vitor Kisil, but then ended up appearing and spikes. He later performed the song together with Verónica, using his unmistakable style.” Renato told us that the “experimental dodecaphony present in the scene was fantastic to witness”, in addition “there is a strong sensitivity in him to see images and write.” Pryscila related with emotion that “it was incredible to see him composing in front of us, because we spoke something completely abstract and Arrigo converted it into poetry, lyrics and music.”

In the same way, the songs performed by the actors representing the immigrants were brought by themselves, according to the directors, “what we asked was that they sing something that reminds them of their land, of their life, of some sad moments. or happy and they brought those sensations and experiences to the film.

‘City of the Abyss’ Cast Diversity 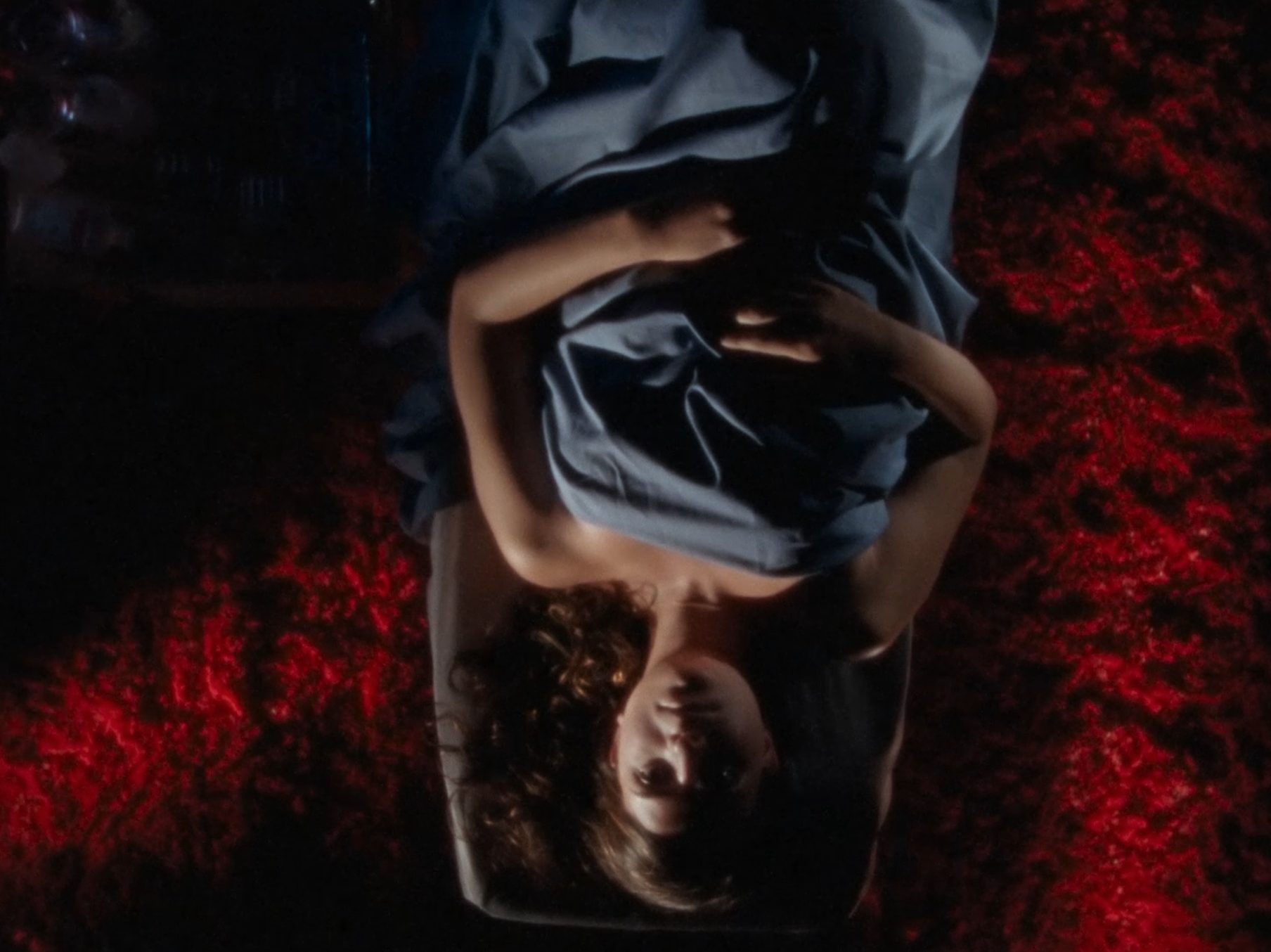 Towards the end of the conversation, we asked Priscyla and Renato to tell us about the casting of The City of Abysses and once again we realized the emotion and collective relationship of the team. The film talks about trans women, immigrants, people who live on the margins of society “so nothing fairer than building these characters from the personal experiences of these people”, said Priscyla. For the director, “the space for exchange and listening that was created valued the final product”, demonstrating how much her work sought to be fair and to look at the stories told, even if fictional.

Another prominent participation in the production is that of the priest Júlio Lancellotti which has in its passage through the screen one of the most moving lines. Interestingly in the script, the priest had “only a tiny sermon, so we looked for him and when we presented the proposal he opened the doors of the church for us to record”. The two said that they were initially worried about Júlio’s participation because he was not an actor, as there were few analog rolls to record. However, the priest was aware of this limitation and, even without a defined speech, chose to “speak something from the heart”. As a result, one of the most beautiful sequences in the film and tears from those behind the camera.

For those who haven’t watched it yet The City of the Abyss, the film will be shown at the Camboriú Bathhouse, on Show Crash and no London Festival.

The City of the Abyss, a film with a trans protagonist, is featured in Lisbon