From his stage debut in a nativity 15 years ago to the star of the $1bn Transformers franchise, Wicklow actor Jack Reynor’s rise has been dizzying

This week in Hollywood, movie lovers have been talking about Daniel Day-Lewis and whether he will make history as the first man to win a hat-trick of Best Actor Oscars for his mesmerising portrayal of Abraham Lincoln.

Movie industry insiders, however, are abuzz about another Wicklow man, one who has just been signed up for the latest instalment of one of the highest-grossing movie franchises in recent years.

‘Jack Reynor… is an Irish kid that came to America with 30 bucks in his pocket. Pretty ballsy. Seriously, who does that?’

Heartthrob: Jack Reynor is the new star of the Transformers franchise

Considering Bay’s Transformers movies have made more than $1bn between them at the box office, and created megastars out of virtual unknowns Shia LaBeouf and Megan Fox for whom the franchise provided their breakout roles, it is safe to say that 20-year-old Jack Reynor has hit the big time. So just who is the unknown Irish actor whom  Bay is hailing as ‘the real deal’?

‘He might be a star in Hollywood soon but as far as I’m concerned, he was a little star from day one,’ says retired primary schoolteacher Jane Lawlor.

Jane should know – she first met Jack when he toddled into her Junior Infants class on his first day of school, wearing the red uniform jumper and grey trousers of Valleymount National School, near Blessington, Co. Wicklow.

And despite Bay’s claims, it was actually Mrs Lawlor who can genuinely insist she discovered Jack’s acting talent.

‘He was a tree in the nativity play,’ remembers Mrs Lawlor fondly.

‘I taught two classes of Junior and Senior Infants together and Jack was about five and wanted to be in it so he pulled a little ticket and he was a tree.’

Unknown to Mrs Lawlor, she had sown the seeds of his career, as Jack later revealed: ‘I was a piece of the set and I stood there in a tracksuit with a tree mask on. And having stood there for two days with everyone else playing parts, I said, “Feck this – I’m going to become an actor just to teach her a lesson”.’

Valleymount is a small village school of around 100 pupils – also attended by showjumper Cian O’Connor and his model sister Pippa – idyllically situated on a narrow promontory that extends into the Blessington Lakes. Across the silent, silvery water is Damien and Pat Reynor’s countryside home in Humphreystown, where their daughter Tara returned to live with her son, Jack, two years after his birth in Colorado, on January 27, 1992. 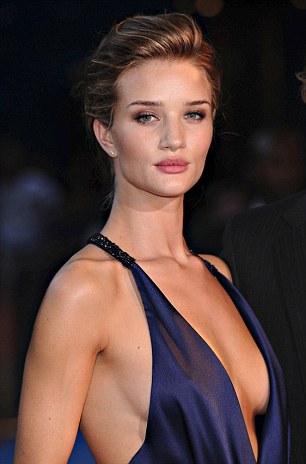 ‘If Tara was out to work, they came up to collect him. The three of them always came to parent teacher meetings and any school productions or anything to do with the school – they were great.

‘His grandparents absolutely adored him. I can still see them at his Confirmation, standing by the bishop, both of them right behind him, with his mother, so proud. Everything Tara and his grandparents did was about a good life for Jack. They are very well liked and respected locally.’

Little Jack made a huge impression on Mrs Lawlor from day one.

‘Even then I knew there was something special about him,’ she says. ‘He had great gifts in many respects. He could have been a child model – we could be talking about Calum Best here – he was such a good- looking child. He’d lovely sandy hair and he just glowed. He was such a good, likeable child. He was confident without being a pain. He was very self-contained but not self-centred.’

And his acting ability was apparent, even in primary school.

‘If he got a part, he did it very well,’ says Mrs Lawlor. ‘And he wasn’t like some children where, “It’s all about me. I’m a fairy, look at me”. He never showed off. If he was on stage, he was that character completely. He didn’t look at anybody or try to make eye contact with his mammy.

‘I remember he was able to move away from his mother, whereas with some children that age you could nearly see the umbilical cord. He had great control over his emotions and, if something didn’t go his way, he wouldn’t moan or, if something upset him, he wouldn’t let it show immediately. You could see him thinking things out.’

Mrs Lawlor taught Jack until his First Communion year. By then, he had already decided that when he grew up, he wanted to be an actor like his hero Bruce Willis. Acting was in his blood, too – his great uncle Paul played Harry Molloy in Fair City.

In 2000, when he was seven, Jack landed a role as an extra on director Kevin ­Liddy’s film Country.

‘I was goofing around the set after school one day and I walked up to somebody and said, “Is there any chance I could be in this?” And they sent me over to wardrobe,’ Jack has said of the movie. ‘The director called me over to do a close up and once the camera was on me, I thought, “This is all I want to do now.”’

Jack was later cast in the famous milk ad where he danced along with a mannequin to the jingle: ‘Them bones, them bones need calcium’. He jokes: ‘It still haunts me to this day’.

When he was 12, he moved to Dublin with his mother who had since remarried and taken on the name O’Grady and began his secondary education at Belvedere College.

Belvedere’s head teacher, Gerry Foley, recalls that Jack made no secret of his passion for acting.

‘He was absolutely convinced he would make it and he articulated his aspirations very clearly to the guidance counsellor. He talked about going to America and felt he could make it,’ reveals Gerry, who heard about Jack’s big break from some excited students in the schoolyard last week.

‘I was crossing the yard and boys were going to drama and told me about Transformers. I never doubted him for a second but I’m surprised at the speed with which his talent was recognised. He worked so hard to make sure he got there. It wasn’t a passing phase of, “I’d like to…”. He believed he had the talent but was not over-confident. He certainly had the drive and, my, he worked hard. As a person he is the opposite to arrogant or prima donna-ish. That’s not his persona at all. He’s very measured, very polite, calm, very quietly spoken. He’s not the person rushing to the front of anything.

‘Rather he is quietly confident without giving the sense he thinks he’s very important – that’s not what he does.’

In Belvedere, Jack’s talent was nurtured by the strong drama programme. He took on various roles, including leads, in the school’s four annual stage productions but he was also very much involved in charity work such as the annual sleepout to raise money and awareness for the homeless.

His passion for social justice is one he shares with his mother, who worked in various jobs through the years. Although locals say she worked part-time in Blessington post-office when Jack was a boy, she graduated from UCD with a degree in History Politics and International Relations and has been a human rights activist for years, and founded Bahrain Rehabilitation and Anti-Violence Organization (BRAVO), whcih aims to protect human rights in Bahrain, about which Jack helped shoot a documentary.

After finishing his Leaving Certificate, Jack landed himself an Irish agent and, in early 2010, was cast in Kirsten Sheridan’s Dollhouse. He was also spotted by acclaimed director Lenny Abrahamson, who had won plaudits for Adam & Paul and Garage, as he ruminated over the possibility of making the film What Richard Did, based loosely on an incident outside Annabel’s nightclub in 2000 that led to the death of teenager Brian Murphy.

‘Sometimes actors really have something – it’s the old cliché of some quality but there is that thing, that you see as a director and you get better at recognising,’ Abrahamson said.

‘You can see something and I felt Jack really had it – and he really understood Richard.’

So began a long process that involved eight months’ workshopping with Jack and the rest of the cast.

‘I was brought up in Co. Wicklow and when I was 12, I went to school in Dublin, to Belvedere, and went to a school that was similar to these guys,’ Jack has said of getting into the character. ‘I was never part of the group of guys who went down to Brittas or the rugby guys but I had observed it so I could understand it and tap into that. But it wouldn’t have been a world I inhabited growing up.’

On October 5 last year, the film had its world premiere at the Toronto International Film festival, with both Jack’s central performance and Abrahamson’s masterful directing held up for high praise by critics. Jack would go on to be nominated for an IFTA award for the role.

In industry circles, too, his performance in What Richard Did made an impact. By the time Jack joined Abrahamson in Toronto for interviews, he had been scouted and signed by major Hollywood talent agency William Morris Endeavor. During an industry Q&A in Toronto, his transformation into Hollywood superstar seemed to be well under way – gone were his clean-shaven boyish looks and casual clothes; instead, he sported a dapper brown blazer and tie, a neatly trimmed beard and a healthy suntan.

Steven Spielberg was the first Hollywood heavyweight to notice the young actor’s potential and subsequently cast Jack in a comedy, The Delivery Man, that will be released in the autumn. Jack spent the months leading up to Christmas in New York – being an American citizen, visas were never an issue. On set, he joined Vince Vaughn, whom he describes as ‘a lovely guy’, and Chris Pratt, who ‘might be the loveliest guy I’ve met.’ He also rekindled a friendship with Lucy Liu, whom he first met in Toronto.

What Richard Did also caught the attention of Michael Bay, who called on Jack to audition for the fourth instalment of the Transformers franchise. The Irishman beat off competition from Brothers & Sisters actor Luke Grimes, Terra Nova star Landon Liboiron, and Weeds’ Hunter Parrish to win the role of the love interest of Mark Wahlberg’s daughter in the film. The film is the first in a new trilogy and begins four years after the events in the previous Transformers movie. It will turn Jack into a huge star and that’s according to the man responsible for launching the movie careers of Shia LaBoeuf, Will Smith and Megan Fox.

‘Before the release of Transformers 4, you’ll be able to catch Jack in Cold later this year and The Delivery Man, which he’s currently filming, alongside Vince Vaughn and Cobie Smulders,’ Michael Bay said. ‘Make sure you catch them, so you can talk in great, convincing detail about how you prefer his early work once the guy gets mega-famous.’

Certainly, it looks like our Jack has a glittering future ahead of him. But, of course, Mrs Lawlor always knew that.

Jack Reynor: From his stage debut in a nativity 15 years ago, Wicklow actor’s rise has been dizzying